For the first victory of the year, Car Motion goes to Miguel E. Abed

* Quiroga, Cosío and Aranda are ready for the challenge in Puebla 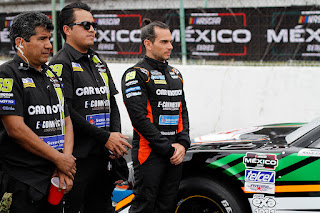 Achieving victory or at least repeating the podium achieved by Germán Quiroga in the Chihuahua night race will be the goal of the Car Motion Motorsport team during the fifth round of the 2022 NASCAR Mexico Series, which will be held next Sunday at the Miguel E. Abed de Amozoc International Racetrack, Puebla.

Quiroga Fossas at the helm of the car marked with the number 69 ETF-SherwinWilliams-E-CONNECTION-Continental-Pasteur-FB-BOHN-m + Clinic-FiestaAmericana-Sanitizone-Aga-Benotto-CharlieColors stressed that he arrives more than ready and prepared to Repeat or exceed the third place obtained in the Chihuahuan oval on the Puebla track.

"After Guadalajara we are eager to have another good result, after what we did in Chihuahua, last Friday I was working in the workshop, along with the mechanics, doing some things on the car," said the three-time monarch of the category, who with 93 units is on the 14th step of the drivers' championship.

"We were analyzing what we did last year in the Puebla, Monterrey and Querétaro races, which were the circuits, trying to reach an optimal point, we hope to have a good start in Saturday's practices, work is the only way to be competitive on the track”, said Germán.

For her part, Valeria Aranda, who will be behind the wheel of truck # 27 2HANDS-thefoodcompany-GrupoNaro-SherwinWilliams-CarMotion, stated that she will seek a podium in the 2,590-meter-long route from Puebla.

“I am very happy to return to Puebla, it is a very technical racetrack, what I have dedicated almost my entire career to is circuits, so it can go well for us, I have been working hard during the week in the simulator and the gym to get a good result”, expressed the capital.

“Last year in the new circuit implemented in Puebla I did well, I got my first Top Ten, we want to put together a strategy to start strong, because in circuit mode if we start slow we can go lagging, because I don't think there are many yellow flags, to do it with a cool head after half the race”, said Valeria, who thanked her sponsors for their support.

Aranda is ranked tenth in the Trucks Mexico Series drivers' championship with 135 points.

The lineup of Car Motion Motorsport in the capital of Puebla will be complemented by the also native of Mexico City, Jake Cosío, who aboard the car marked with the number 51 Chevron-Havoline-Metaxchange-DOW will go for a podium.

“The biggest challenge of the Miguel E Abed Autodrome is that being a circuit, you will have to survive the laps, take care of the brakes and the tires to be able to close very strongly. I would like to close the first half with a podium, it would be incredible. The car has been freshened up after Guadalajara, as it was quite damaged. We ran out of brakes, out of suspension, out of step and had a short, so the whole car fell apart, but the team has done an excellent job,” said Jake.

On the fifth date of the 2022 NASCAR Mexico Series, Cosío will arrive in seventh place in the drivers' championship with 121 units 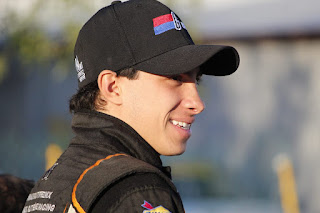