Max Verstappen has mastered treacherous conditions in Montreal to take pole position ahead of an outstanding Fernando Alonso at the Canadian Grand Prix. 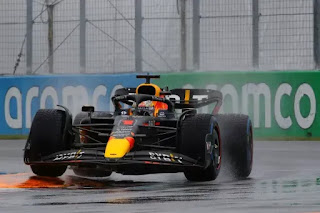 Verstappen was in a class of his own all afternoon as the track transitioned from soaking wet to almost dry enough for slick rubber.

The Dutchman reeled off three quick laps on intermediate tires, lowering the benchmark by 1.2s through the 12 minutes. Either of his last two would have locked him in for pole, but the final one — a 1m 21.299s — got the job done with a 0.645s buffer over Alonso.

“Today, with the tricky conditions, we stayed calm and didn’t make mistakes,” he said. “I still expect it not to be a straightforward race.”

Alonso’s Saturday was outstanding. The Spaniard was quickest in the wet in FP3 earlier in the day, and he carried the momentum comfortably through to the end of qualifying to pinch a front-row start from Carlos Sainz by 0.15s despite the emergence of a dry line.

“I think we’ll attack Max at the first corner!” he said winking. “It feels great. It was an unbelievable weekend for us.

“Thanks to the wet conditions today, the car was mega. I was so comfortable with this car.”

Sainz was on track to pip Verstappen for pole early on his lap, but the Ferrari driver took too many risks, culminating with a big snap on-power out of the final chicane.

Sergio Perez wasn’t so fortunate when he slid helplessly into the wall at Turn 4, where his front wing became lodged and prevented him from rejoining the session, causing a red flag for his recovery and eliminating him in 13th.

Lando Norris was knocked out in 14th — without a lap time thanks to a technical problem with the Briton’s McLaren.

Charles Leclerc didn’t set a lap in Q2, his last-row start guaranteed with the installation of a fourth power unit ahead of Saturday.

Pierre Gasly and Sebastian Vettel were the shock knockouts of Q1, having finished Saturday practice second and third behind Alonso. They’ll start 15th and 16th after penalties.

Lance Stroll was 1.1s slower than teammate Vettel to start 17th ahead of similarly slow compatriot Nicholas Latifi for Williams.

Leclerc will start 19th with his power unit penalties ahead of the similarly penalized Yuki Tsunoda, who was also 20th and last at the end of Q3. Leclerc will also face a post-session investigation for driving dangerously slowly. 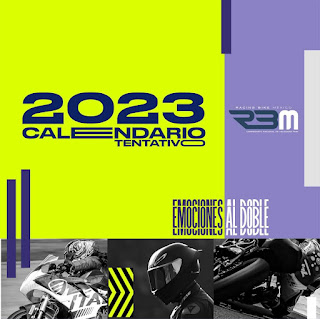 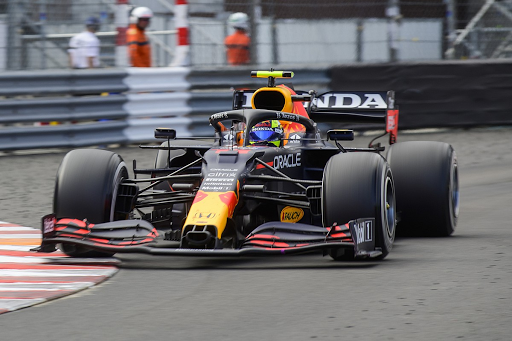